Perfume 101 Decoding the Types of Fragrances on the Market ... 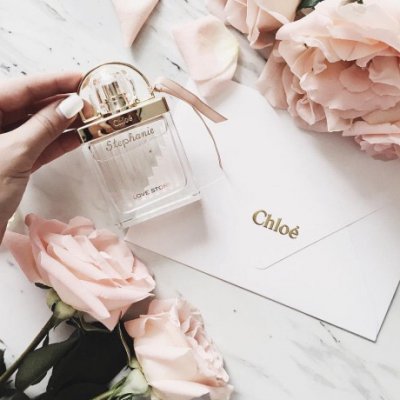 Are you confused by the perfume types? Just what is the difference between eau de toilette and eau de parfum? Which type is strongest? Do longer lasting scents cost more? Here are some notes to help you out.

When asking yourself “What are the perfume types?” you might classify these two as separate kinds of perfume. Actually, Parfum and Extrait de Parfum are the same thing. It runs between 15 and 40 percent fragrance oil, but typically it’s about 20 percent, according to the International Fragrance Association. These perfumes are the longest lasting, tend to be the most expensive, and often to come in tiny bottles.

The standard dilution for eau de parfum is between about 10 and 20 percent fragrance oil, but it’s almost always less than 15 percent. These scents are some of the most noticeable to others, which might make them great when going on a date but might not be advisable for an office situation or other areas where you’re in close quarters. Definitely the best bang for the buck.

This is the kind of scent for everyday wear, because it’s light and not overly aggressive. Because they have 5 to 15 percent fragrance oil, they tend to cost less than parfum. And, because they cost less, you may be able to try a variety of scents without breaking the bank. Lighter and less complex, they are often a way to try a scent before moving on the stronger concentration.

There has been much confusion about the term cologne. For some it brings to mind masculine fragrances; others simply expect it to be a light scent for everyday wear. Colognes carry about 5% fragrance oil. Sometimes, the formulation is a bit different than the scent they are meant to resemble-often containing brighter, more citrusy notes. They typically are sold in larger bottles and are lower priced, so you can try several scents without breaking the bank.

These are some of the most dilute of the fragrances, containing only 1 to 3 percent fragrance oil. They are meant to be worn all over the body and reapplied frequently. This makes them great for freshening up periodically on a hot day or after a trip to the gym. Aftershave contains the same amount of fragrance oils, but is meant to splash on the face after shaving for a refreshing sensation without stinging freshly-shaved skin.

These fragrances are actually an Eau de Toilette in huge bottles. These bottles of scent are supposed to denote a sense of luxury and abundance, and are meant to be splashed or sprayed on the entire body with abandon.

These are light fragrances with typically 3 to 8 percent fragrant oils. The solvent, however, is typically not alcohol. These came about in the 1990s, and were created so that they could be sprayed on or near the face without stinging the eyes. Also, awareness of allergens in perfumes became more of a concern, so fragrance companies began creating non-phototoxic versions that customers could use their fragrances all over the body or at places like the beach.

This is a specific variation used by Yves Saint Laurent for their Opium perfume in the 1990s. The concentration was similar to eau de parfum, but it had a greasy tone that seemed to overshadow the best parts of the scent. However, some people loved it, and vintage bottles can be found all over the internet.

This formulation contains almost 30 percent fragrant oil and is very strong and long-lasting. Only a few perfume companies offer this type, but it’s becoming more popular. It’s sometimes advertised as the “core essence” of the perfume. Examples include Miss Dior by Christina Dior, and Moresque offers a collection of different scents at this concentration.

I hope this helps you in your next perfume purchase. What's your favorite fragrance?